What is Document Digitization? 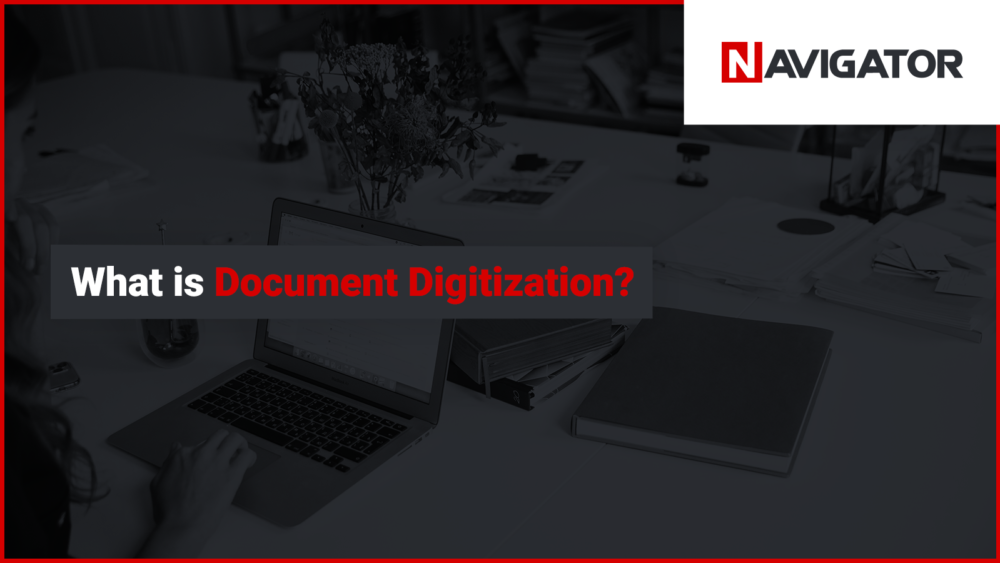 Documents digitization: what exactly it means?

Digitalization (also known as digitization) involves uploading the paper version of documents to a computer system to store them as files in the computer memory. This process has many commonly known and less obvious advantages, which I will describe in this article.
Why digitize your documents?

When it comes to storing documents, traditional ways of keeping them cause many costs and difficulties.

First of all, the necessity to maintain a hard copy of each document requires organizing a safe place to store it in or out of the office, which means extra rental costs, as well as adjusting the space for storing documents.

Secondly, sorting, copying, or adding new documents requires employee engagement (which means additional costs such as person-hours) and high precision from their side. Moreover, potential mistakes are comparatively tough to eliminate and may be extremely expensive. Such operational issues as mentioned above do not appear in the case of digital document management systems. What’s the conclusion? Digitalization not merely results in a measurable cost reduction, but most importantly, it increases work efficiency.

One step closer to the work automation

Another advantage of document digitalization is the possibility of office workers’ tasks performance automation. But why? The reason is that we can replace them with computer programs empowered by Artificial Intelligence to handle the documents that are already stored in the company’s ECM system, especially since the algorithms have a great capacity for human substitution while performing repetitive actions.
Moreover, the algorithms are incredibly accurate, so there are no mistakes due to the lack of employees’ carefulness or tiredness (an oversight or a simple mistake can happen to any of us, but not to a computer!). Therefore, we have unlimited possibilities of process scale and automation based on document management.

Let’s consider the situation when a new document, e.g. an invoice, reaches a company in a paper form. First of all, we need a scanner to digitize it, i.e. an additional device used to map the paper version of the document to the digital version and save it in the computer’s memory using the enclosed software. (It is worth mentioning that many scanners allow for simultaneous scanning of multiple sheets of document, contact or policy content, and saving it in a file).
When a scanned document is uploaded to the system, it can be processed, searched, categorized, automated, implemented to workflows, or used as algorithm support for information extraction.

The year 2020, which is happily approaching the end, has forced the majority of businesses to switch to remote working. Not hard to imagine what problems it caused in companies that had not taken care of digitalization before. Whenever they needed to access the corporate documents, they had to come to the office. However, thanks to the digitally stored data, switching to remote document access is quite simple, if not natural. It allows employees to perform their tasks from anywhere worldwide while respecting security policies.

How to organize the digitalization of documents in your company?

First of all, you should have a reliable technological partner who will support you in choosing the right hardware for scanning. The next step is selecting an ECM system that allows employees to work with documents that are already stored electronically. Finally, there is a system implementation that will automate your document processing.

Digitalization is one of the core processes thanks to which a company can fully benefit from the technologies of the 21st century, and make it easier for employees to perform their duties and at the same time reduce costs and the use of the limited resources. Therefore, it should be a natural step for any conscious and expanding organization.