Stages of the proceedings while constructing the ABC account 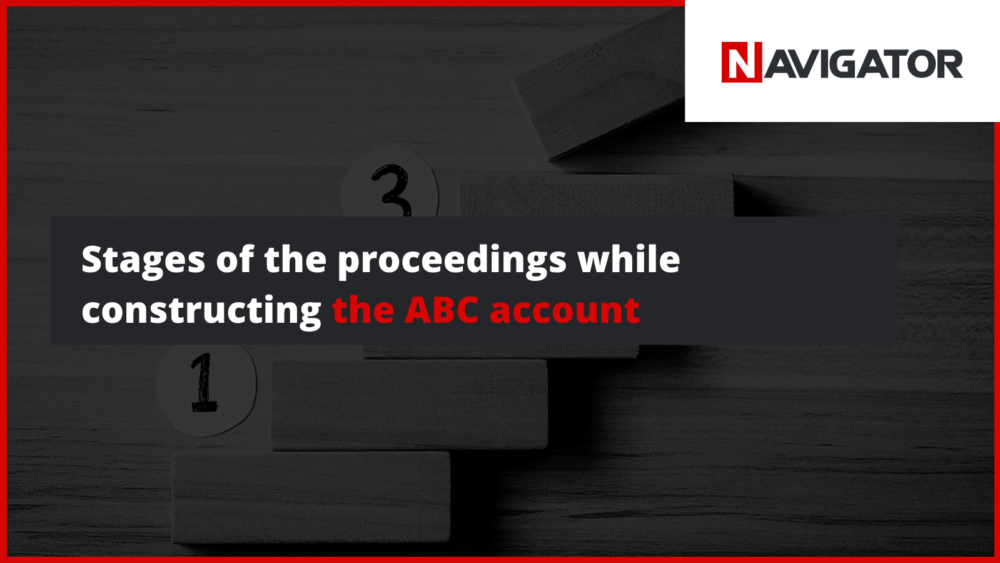 The method of constructing a total activity-based costing as well as its effect is best to present through a phased structure. In practice, the most often mentioned are the four fundamental stages in the ABC system, included in a scheme below. 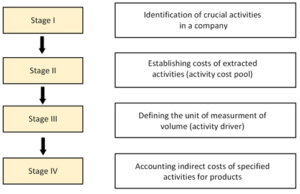 Nothing in the process of implementing ABC is more important than the right analysis of processes and operations (BPA – business process analysis). Such analysis is based on identification and description of the activities (processes) performed in a specific department (or a business area), the number of employees performing those operations, time, and resources necessary for their realization, operational data reflecting the best performing actions, as well as which actions create value for the company. Processes and operations are analyzed, through interviews with employees, questionnaires, an overview of the available data registry, and information about the work performed.

Defining and specifying economic processes and operations is not an easy task, as it often requires overcoming many obstacles. One occurs when the actions are specified in too much detail, and the prepared list consists of thousands of positions. Processing such an amount of information causes difficulties, especially in the initial steps of implementing the ABC system. Equally dangerous is defining operations too vaguely, which results in a list consisting of only 20-25 key operations for the whole organization. In this case, the level of the data aggregation is too high for the information to be useful while making decisions.

You can apply two methods while defining actions and processes:

Has been working with the implementation of IT systems supporting management for 15 years. He specializes in Business and Workflow solutions. Enthusiast of using AI to support business processes. Archman’s CEO and chancellor of College of Economics And Computer Science in Cracow.